Zimbabwean politics remains firmly in the hands of elderly men and women whose views of ordinary citizens are a mere adaptation of colonial perception of the general black population; their views of Matabeles are a far cry from the expectations of most Matabeles.

Managing expectations forms an essential part of any society’s development and growth. A little impatience may be necessary to keep up the motivation but impatience does not of itself speed up the translation of ideas to physical output; impatience is often an unhealthy foundation rock; instead, seeing the world around you clearly and being in control of one’s political life, having realistic expectations of one’s leadership and one’ own expectations with regards to everyday challenges is vital to a healthy socioeconomic and political existence. 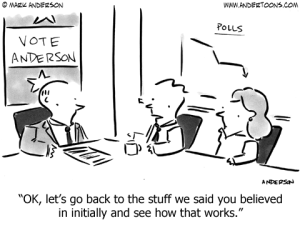 Let our deeds outrun our words! It is time we actively denounced the unending injustice, exploitation and humiliation of individuals and communities on the basis of their ethnicity, religion, political affiliation/ views or gender. Attempts to secure Matabeleland’s security by actively adjusting to a secondary role within Zimbabwean politics has failed!

The benefits, if any, of the Unity Accord (1987) to Matabeleland and/ or ethnic Matabeles are tenuous at best; our peace and security have only been assured as long as we adhered to that 1987 political script which effectively allocated Matabeleland a secondary role within Zimbabwean socioeconomic and political systems. Thus the Unity Accord allows for a robust debate in Matabeleland but within very narrow bounds prescribed by ZANU PF’s perceived need to protect Mashonaland priorities and not Matabele freedom and liberty needs. The impact has been years of Mthwakazi complaints that the current independence does not even start to accommodate the diverse needs of our multi-ethnic society.

The politics prevailing in Matabeleland is, unfortunate as it sounds, a true reflection of our images. And like all impressions, we are in full control of those images – good or bad; we have choices to turn right or left. We can ill-afford to embrace victimhood and in the process confirm the effectiveness of the ZANU PF plan. Let us take ownership of our circumstances.

Change is possible but that will only occur with a shift in our mentality. If we (the victims of oppression) show apathy in standing up to take action that defends our rights, ill-treatment will be standard and we will continue to pay ZANU PF for our own abuse.

This generation is the gate to Matabeleland’s future; first things first, we need to discipline and control our minds, clarity as opposed to chaos is essential to finding solutions. We will not take control by surrendering political control to politicians. We have to be in control of the elected representatives. Let us put to history the perception of parliament as a corporate lounge; it is a house of representatives not a boardroom of a private corporation. It is people’s fate being sealed and not feelings-free business deals being clinched! We should call parliamentarians to account for every decision they make on our behalf, for we own parliament, not the other way round.

Matabeleland socioeconomic destruction is evident within the independent Zimbabwe. Zimbabwean politicians have chosen power over social development; leaders are content with being in control rather than promoting ethnic diversity and unity.

Published by THE RESEARCH HUB

a progressive politics and policy researcher and author with an interest in Mthwakazi (Matabeleland) human rights, liberties, safety and security. View more posts