We shall never let the next Matabeleland generations down 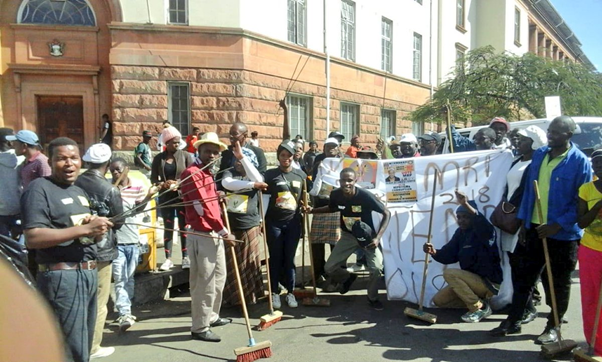 Generation upon generation has laid a piece of foundation for us to build a great nation of Matabeleland/ Mthwakazi. Generations after us depend upon our bravery and innovation; we shall fight so that when they look back at us they will be filled with pride and faced by a glorious future because of the foundation laid today by this generation built on the sweat and bravery of the last.

The fight for a better nation will not end while there is a single Mthwakazi boy or girl without a chance to prove his/ her worth. We shall fight until an enabling economic, social and political environment is created so that every youth can reach their potential.

What is apparent is that we have a powerful potential in our youth, and our generation must be brave enough to change old ideas and practices so that we may direct their power toward good ends.

Diagnosing problems correctly is important if the right interventions are to be identified and applied correctly. Internal division is often indicated as our greatest challenge, until we build on a strong common cause we shall continue to disintegrate as a nation. Now, what can we do to protect this and the next generations? How can we regain our disintegrating nation?

First, let us identify and isolate the problem. Zimbabwean independence is biased towards the Mashonaland constituency; it has turned Shona creed into law. The so-called independence is a persistent problem and threat to Matabeleland peaceful existence yet Matabeleland’s biggest political problem is not Harare but Matabeles who are willing to do the dirty work for Harare in Matabeleland.

One Nkala scenario is Nkala’s problem, another one, the blame is on us. While it is not in our interest to deny anyone, even those we despise, the freedom of expression, we have the responsibility to deny these men and women political space to represent Harare interests in Matabeleland. We have the tools to exclude such individuals from power.

A wise use of the vote will help remove the weed in the Mthwakazi crop fields. The advice from some Matabeleland political groups not to participate in Zimbabwean government administered elections is bad advice. There is nothing like ‘not voting’, those good citizens who take heed and not vote are effectively voting bad officials who will continue to serve Harare interests in Matabeleland.

Our advice to the people is that not participating in an election has never empowered political victims. Instead, it allows the oppressor to define and dictate politics in our space. As part of a broad strategy to reclaim power, people of Matabeleland must vote in numbers and against any official who stands for mainstream politics because mainstream politics is a politics that is meant to manage than empower Matabeleland.

The fewer the walls, the greater the expansion; to build bridges and dismantle those disruptive internal walls, let us refocus our youth to new solutions and away from historical hates and stop generating new ones.

Lest we be misinterpreted, we are not dismissing the past, indeed every community must be given a pen to write its own history; it is important to seek to understand that past and associated internal conflict or friction and its impact to our different communities in the 19th Century up to today. However, seeking to blame and fix the past will not address the future; it is more important that we accept our own responsibility for the future.

We believe in at least 128 years of living together, we have effectively evolved and morphed into one nation with greater potential, and our history is too intertwined for us to separate without causing irreparable damage to each one of us and our nation; we believe in the real possibility to work together to build not only political excellence but human excellence.

Let us review our leadership and the internal politics; effective leadership is essential for progress, but so is the willingness to follow. As a first step to social, economic and political recovery, politics must be withdrawn from politicians and handed back to the people. We want the right solutions to our real problems not Political Party A’s or Party B’s or Party C’s solutions to imagined problems. Local communities know their needs better than any parliament, especially now that parliament has turned into a house of political scholars deliberating on party interests and not public needs.

This generation should emphasise that freedom is not free. We fundamentally disagree with any advice for people to withdraw participation especially where the alternative is nothing more than the protection of weaknesses under the guise of ‘strategy’. People must be encouraged to participate in all political activity to defend their local interests from politicians. Not participating in politics must not be a bragging point as if that makes someone cleaner. There is no pride in insisting on one’s right to remain ignorant and blindly agreeable. Any non-participation should be viewed as a serious dereliction of duty to the nation.

This site uses Akismet to reduce spam. Learn how your comment data is processed.